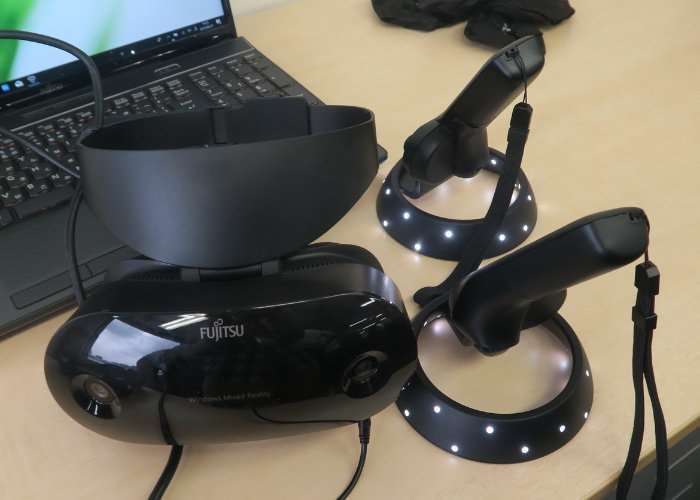 It seems that Fujitsu has also been developing a Windows-based mixed reality VR headset which it has unveiled this week. The new VR headset will be available throughout Japan at first priced at approximately $445 or ¥50,000.

Fujitsu will also be bundling the VR headset bundled with the FMV LifeBook AH-MR/B3 notebook, which will be available to purchase priced at around $2140 or ¥240,000 in Japan at first.

Unfortunately at the current time it’s not been confirmed whether the FMV LifeBook notebook will be able to run mixed reality in either 60 Hz or 90 Hz. The headset design does however include two 2.9 inch LCD panels with a resolution of 1440 x 1440 per eye and a refresh rate of up to 90Hz.

The Fujitsu VR headset also offers a 100 degree field of view and the visor can be flipped upwards to provide quick access to the real world when required. Fujitsu is rumoured to be launching the VR headset during December in Japan, although no specifics have been released as yet about worldwide availability and pricing. As soon as any more specifications or details are announced or come to light we will keep you up to speed as always.

The team over at Engadget has been able to get their hands on the device ahead of its launch, for a quick hands-on review jump over to the Japanese site via the link below.