At CeBit this week Fujitsu have been demonstrating a new Fujitsu Palm reader tablet they have created which has an integrated palm reader for added security.

The new Fujitsu Palm Reader tablet has been showcased by Fujitsu at CeBit this week and provides a new form of security authentication we have not yet seen in a tablet device. 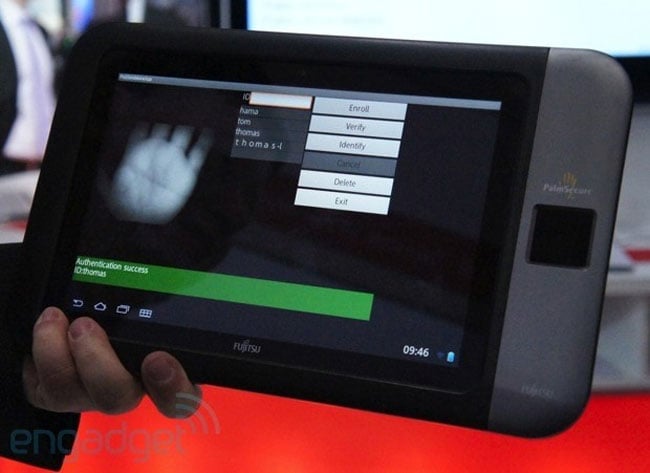 The Fujitsu palm reader tablet has been created as a proof of concept device, and even though it has been rumoured before this is the first time such a devices has been available to test and demo.

Fujitsu have equipped their Fujitsu palm reader tablet prototype with a 10 inch screen and palm reader on the right hand side in the image above. Although Fujitsu is already working on making the palm reader smaller enough to be built into the tablet itself.

Fujitsu have explained that the new Fujitsu palm reader tablets will start to roll out in Japan and will then be released in to Europe in June of this year. No information on pricing has been released as yet by Fujitsu, but as soon as information comes to light we will keep you updated as always.