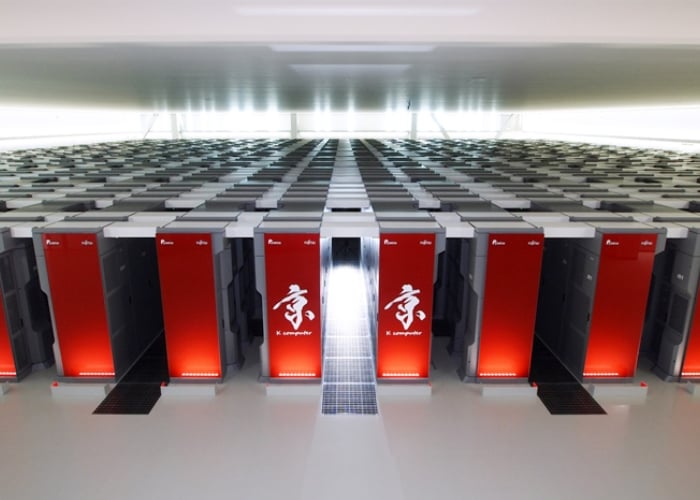 Fujitsu has this week confirmed the delivery of the Fugaku supercomputer to the Riken scientific research institute of Japan. Even with the current COVID-19 pandemic in full effect Fujitsu has been able to deliver the supercomputer on time delivering the final 400 racks needed to complete the build delivered this week as originally planned.

“Fujitsu A64FX is the new fastest Arm processor in the world, built on 7nm it has 2.7 TFLOPS performance per chip suitable for high-end HPC and AI, they aim to create with it the world’s fastest supercomputer with it by 2021. A64FX is the first processor using the new Armv8-A Scalable Vector Extension (SVE) to accelerate a wide range of large-scale scientific computing, including deep learning. Fujitsu is working closely with Linaro to enrich the Arm HPC ecosystem. A64FX will be featured in the post-K computer, a supercomputer being developed by Fujitsu and RIKEN as a successor to the K computer, which achieved the world’s highest performance in 2011. The organizations are striving to achieve post-K application execution performance up to 100 times that of the K computer. It offers a number of features, including broad utility supporting a wide range of applications, massive parallelization through the Tofu interconnect, low power consumption, and mainframe-class reliability.”

Everything now needs to be assembled and tested and the Fugaku supercomputer is expected to be fully operational for the fiscal year of 2021.

The Fugaku supercomputer development started back in 2014 as the successor to the K computer. “The supercomputer is built with the Fujitsu A64FX microprocessor. This CPU is based on the ARM architecture version 8.2A, and adopts the Scalable Vector Extensions for supercomputers. The Fugaku aims to be about 100 times more powerful than the K computer (i.e. a performance target of 1 exaFLOPS) and have the highest level of practicability in the world. The Fugaku will use 150,000 CPUs interconnected using Fujitsu’s propietary Tofu interconnect.”

For more information on the Fugaku supercomputer read the Fujitsu PDF document available via the link below.