iPhone 6 related rumors are slowly picking up their pace, although it’s still a long way to go as Apple usually updates its iPhone in September.

Recently, an image showing the front panel of the alleged iPhone 6 with a very slim bezels, and hints at the possibility of the upcoming iPhone with a larger display. 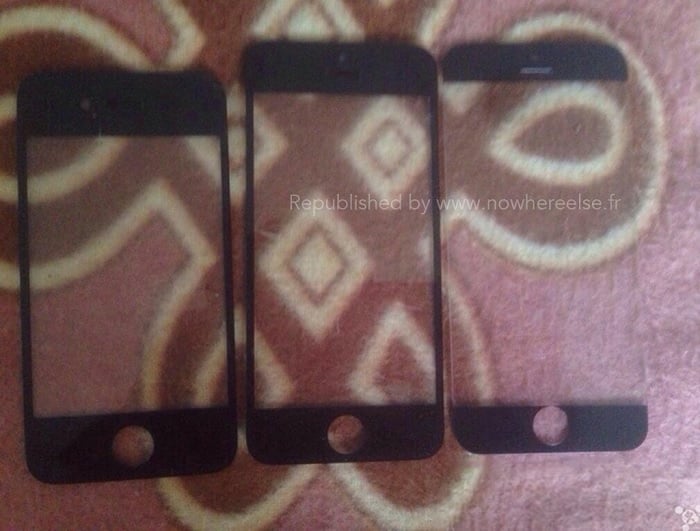 It could be true as we’ve seen countless rumors in the past few weeks that Apple is planning to launch an iPhone with a large screen size, possibly of 4.7-inch. We even heard rumors that Apple will launch two new iPhones, one carrying a screensize of 4.7-inch while the other one will boast a screen size of 5.5-inch. The screen shows extremely thin bezels, actually it’s a little hard to spot them, and the size of the screen doesn’t appear to be 4.7-inch but a little less, so we ask our readers to take it with a pinch of salt.

Apple usually release a new iPhone in September, but a recent rumor hinted at the launch of the device sooner then expected, possibly in July. Let’s just take this as rumor and not an anything solid, as Apple tries to make sure it’s devices doesn’t get leaked in the wild before is launch. We’ll update you as soon as there is more information.