Apple iPad Air already comes with a very thin design, but it seems its successor will be even thinner, if the leaked images of the front panel of the upcoming iPad Air are legit.

Recently, some images were leaked from Dutch shores, which shows the front panel of the upcoming iPad Air, with integrated LCD, which will make it more thinner than the current iPad Air. 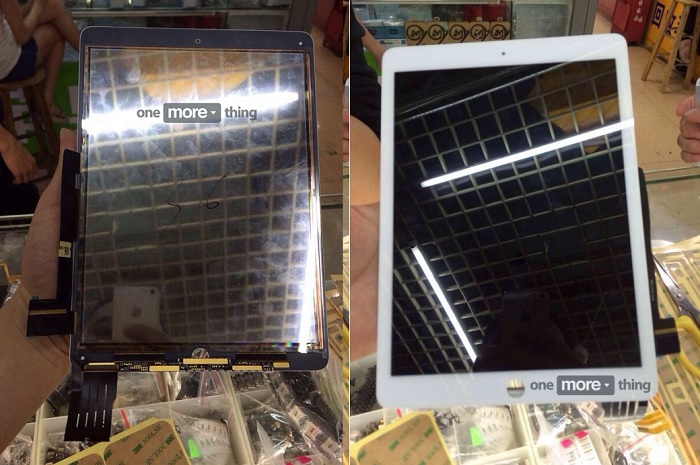 The images were posted by the folks at One More Thing, who have a decent track record when it comes to rumors. The images were sent to them by their sources in China, who believe this is the front panel of the alleged iPad Air. The leaked images come after some components of the iPhone 6 reportedly leaked.

Rumors suggest the upcoming iPad Air will come with an A8 processor, the same one which will launch with the alleged iPhone 6, which is expected to see the light of the day in September. In addition, it’s rumored to come with iOS 8, Touch ID sensor, and a new design, but nothing is confirmed at this point as there’s no official word from Apple regarding this — there won’t be until it’s officially released.