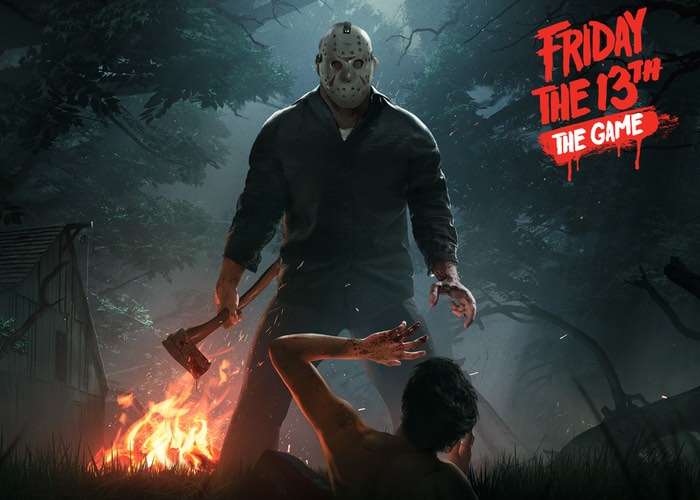 After a successful Kickstarter campaign the new horror survival game based on the Friday the 13th movies and aptly named Friday the 13th: The Game, is now available to purchase and play on Xbox One, PlayStation 4 and PC systems.

The unique gameplay allows one human character to play as Jason Voorhees while the other players have to escape with their lives, check out the trailer embedded below to learn more about what you can expect from the horror survival game.

For the first time ever, you will have the opportunity to play as Jason Voorhees, the most famous killer in horror. Stalk your prey, ambush them whenever you see fit and strike fear in the hearts of so many hapless victims as you become the legend himself! Friday the 13th: The Game will include a variety of kills, new and familiar, that will help you set the tone for the Jason Voorhees that you want to be. You’ll even get to unlock various Jason incarnations from the movies as well as an entirely new design, straight from horror effects legend Tom Savini that has never before been seen!

Jason will be equipped with a terrifying array of abilities, giving you the control of a hunter at the height of his game. These are his woods, and he knows them all too well. Jason will not only feed off the fear of his victims, but will become stronger as the night progresses. The darker the night, the more terrifying Jason becomes!

The entire focus of Friday the 13th: The Game is multiplayer. Survival is entirely up to you, the player, as you either stealthily hide from Jason or work together as a team to escape or bring the fight to Jason. Playing as a counselor is all about risk and reward, giving players multiple means of triumph over Jason! Want to hide in the woods as you wait for the police? Perhaps you want to band together and try to take on Jason as a group? Maybe you and a friend decide to fix the boat on the lake and escape while leaving everyone else to their fate? There are endless opportunities to survive the night, but every choice has a consequence.

Friday the 13th: The Game will continually set the pace of change, giving you unfamiliar surroundings while Jason Voorhees looks for his latest victim. No single strategy will ever be reliable, forcing players to adapt and change each time they begin their long night in Camp Blood! Be wary, you never know when or where Jason is going to strike!