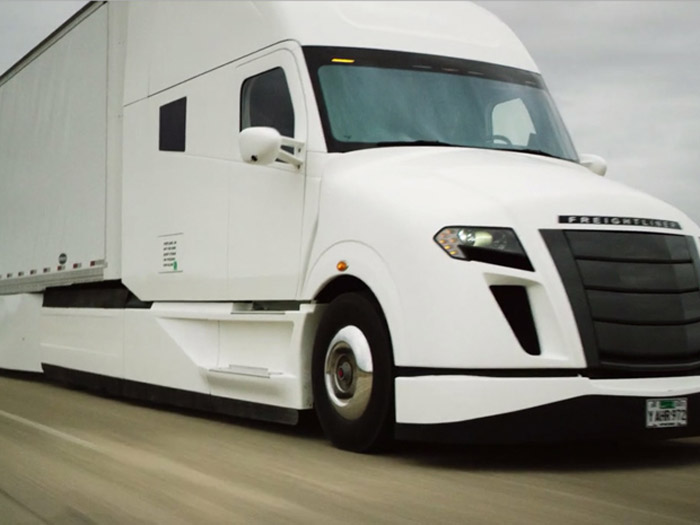 Freightliner’s SuperTruck is 115% more efficient than current big rigs. When tested in Texas pulling a full load, the truck tipped the scales at 65,000 pounds with the load. It was able to achieve 12.2 mpg at 65mph with that load making it 115% more efficient than normal trucks pulling similar loads. The truck uses aerodynamics with new skirts to block wind and a hybrid powertrain.

Freightliner also captures exhaust heat to use in powering the vehicle and put a bunch of solar panels on top of the truck to gather electricity. The catch is that some of the materials and techniques used in the truck aren’t commercially viable at this time. That means the truck would cost too much to build and the cost would offset any potential fuel savings for buyers.