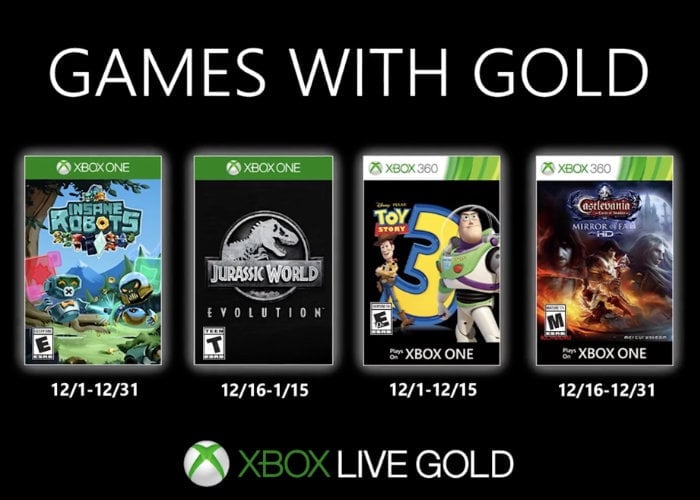 Major Nelson has this week confirmed the free Xbox games that will be available next month during December 2019 for those Xbox gamers that are signed up to the Xbox Live Gold subscription service. Check out the teaser trailer below to learn more about the games that are being made available for Xbox One and Xbox 360.

“Play together with Xbox Live Gold and Xbox Game Pass Ultimate. December’s 2019 Games with Gold lineup for Xbox One includes: Insane Robots and Jurassic World Evolution. For Xbox 360 owners (and through Xbox One backward compatibility), December kicks off with Toy Story 3, followed by Castlevania: Lords of Shadow – Mirror of Fate HD. December’s lineup provides over $94 dollars in value and up to 3585 in gamerscore. “