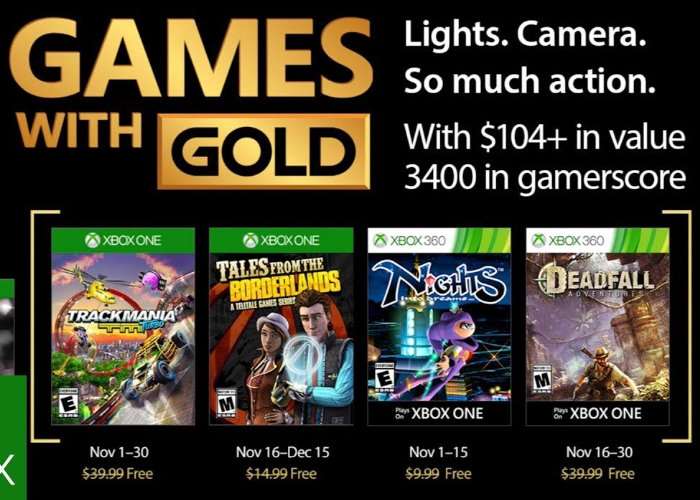 Major Nelson has today announced the new free Xbox games Live subscription members can enjoy during the month of November 2017. During next month Xbox Live Gold members will once again receive four new free games for both the Xbox One and Xbox 360. With both Xbox 360 titles available to also play on the Xbox One thanks to the Backward Compatibility program.

Microsoft explains more about the free Xbox games for November 2017 :

Play together with Xbox Live Gold. November’s 2017 Games with Gold lineup for Xbox One includes: Trackmania Turbo and Tales from the Borderlands. For Xbox 360 owners (and through Xbox One backward compatibility), November kicks off with NiGHTS into Dreams, followed by Deadfall Adventures. November’s lineup provides over $104 dollars in value and up to 3400 in gamerscore. Titles are available as free downloads for qualifying Xbox Live Gold members in all markets where Xbox Live is available. Some regions may offer different titles depending on market availability.