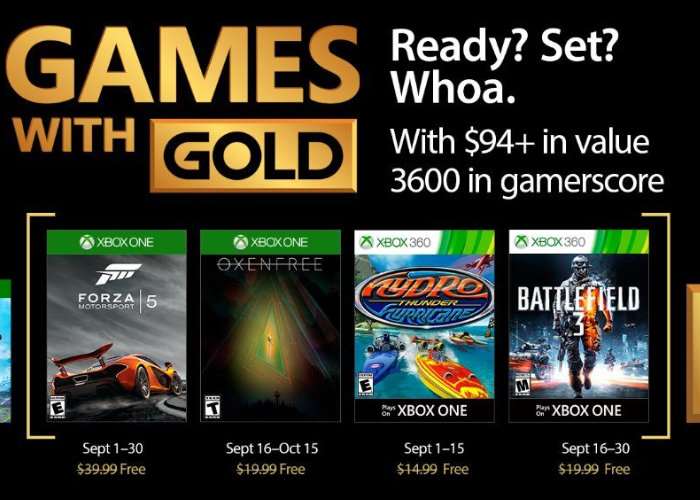 Major Nelson has today announced the Xbox Live Gold Games that will be available to subscribers next month during September 2017 offering a selection that include Battlefield 3 and Forza 5.

Check out the reveal video below to learn more about each of the four games that will be made available for the Xbox One Cookand Xbox 360 from September 1st onwards.

On Xbox One, Xbox Live Gold members can download Forza Motorsport 5: Racing Game of the Year Edition With a recommended retail selling price of $40 will be for free during the month of September. While Oxenfree normally priced at around $20 will be available as a free download from September 16th to October 15th.