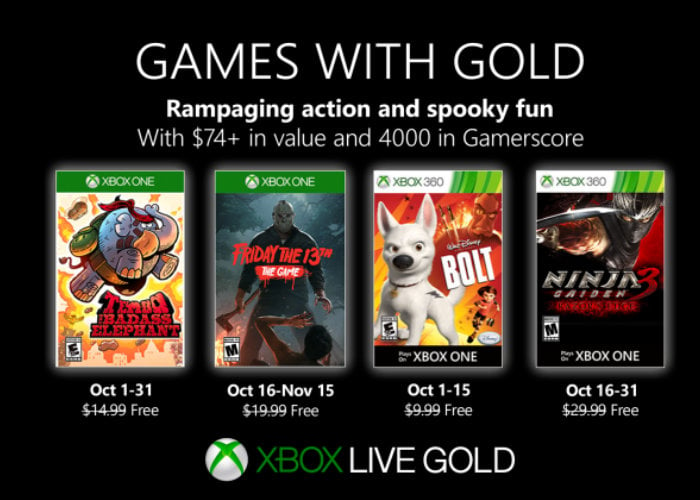 Major Nelson has this week revealed the free games that will be available next month during October 2019 to Xbox Live Gold subscribers. Providing a quick overview video of the four games which are all payable via the Xbox One thanks to the backward compatibility technology Microsoft has created and two playable on the older generation Xbox 360. Check out the announcement trailer below to learn more about each.