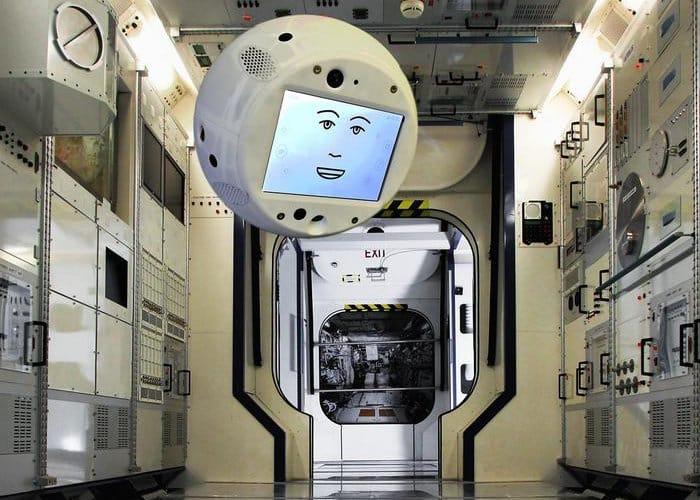 Astronauts on the International space Station (ISS) will soon be receiving a new helper in the form of a free-floating robot called CIMON or Crew Interactive Mobile CompanioN. CIMON will be sent to the ISS during June 2018 and will be the “first AI-based mission and flight assistance system,” on the station, according to Manfred Jaumann, Airbus’s head of microgravity payloads.

The free-floating robot will weigh approximately 5 kg or 11lbs and be roughly the size of a basketball. The robot has been developed by the aeronautics company Airbus, IBM’s Watson AI laboratory, and the DLR Space Administration, Germany’s space agency. In the near future and after preliminary testings are complete CIMON will be used to “examine group effects that can develop over a long period of time in small teams”.

CIMON’s first orbital mission will end when Gerst returns to Earth in late fall of 2018, but Airbus plans to deploy the robot again in the future. CIMON Is not the first robot to join the astronauts upon the ISS and follows in the footsteps of NASA’s SPHERES program, which developed three polyhedrons as experimental platforms, have been used on the station since 2006, while JAXA, the Japanese space agency, tested out its adorable anthropomorphic robot drone, called INT-BALL, on the ISS in 2017, says the Motherboard website.