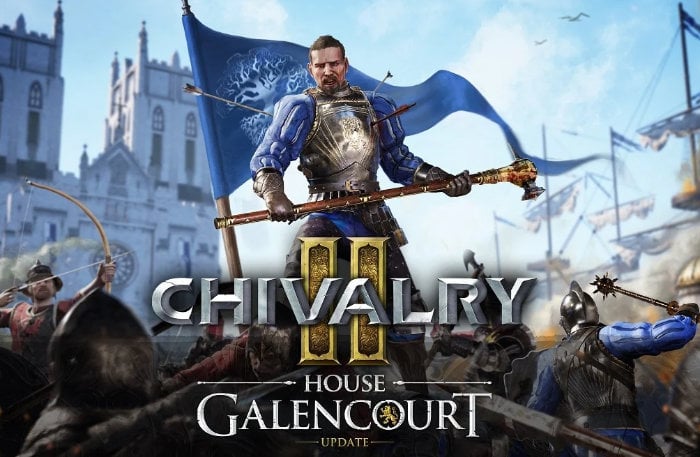 Chivalry 2 players will be pleased to know that a free update has been made available for the game in the form of the House Galencourt, adding a wealth of new features. Including : two new maps featuring a new Team Objective map and a new Team Deathmatch/Free-for-All/Arena map, a brand-new Arena mode, an arrow camera feature, over 60 new customization options, and more. Check out the official launch trailer below to learn more about the free Chivalry 2: House Galencourt update.

Chivalry 2 is a multiplayer sword fighting game built using the Unreal Engine 4 by the development team at Torn Banner Studios, offering a first person fighting game with Cross-Play. Chivalry 2 is available for the PC, Xbox One, Xbox Series X/S, PlayStation 4, and PlayStation 5 consoles and is the sequel to the previously released Chivalry: Medieval Warfare back in 2012.

“All gameplay modes pit the Agatha Knights, who wear blue and white, and Mason Order, who wear red and black, against each other. The game includes team deathmatch and a team objective mode, which supports a maximum of 64 players. In team objective mode, one group must break into the opposite team’s castle and eliminate their king, while another group is tasked to defend the castle.

The battle is divided into various phases, with each phase having their own unique objectives. Once players successfully storm the castle, the top players in the defending team become the king and gain various gameplay perks. Each phase of the battle is timed, and if the invaders failed to complete the objectives within the time period, the defenders win the match.”