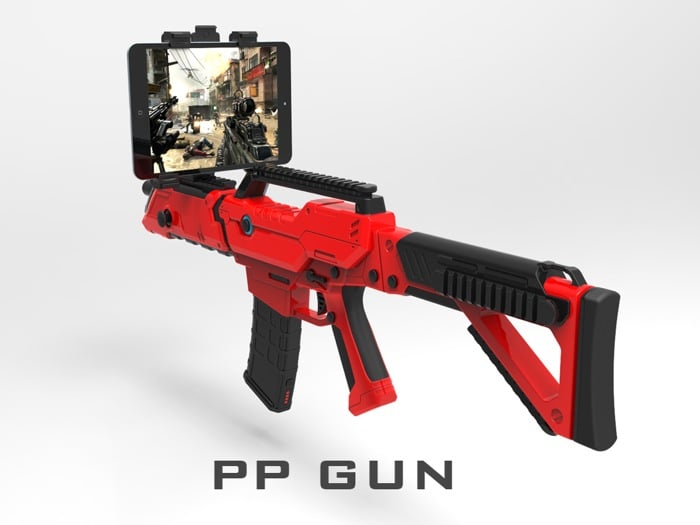 Gamers that enjoy a good first-person shooter (FPS) shootout might be interested in a new FPS game controller that has been created by MIEEO based in Los Angeles California.

The general shaped PP Gun FPS controller has been designed to be used with smartphones, tablets and PC systems as well as being equipped with an internal battery that is capable of providing additional excuse to your mobile device when required.

The PP Gun is also equipped with a powerful force feedback recoil system which provides extra immersive gameplay and is also compatible with the Oculus Rift virtual reality headset. Watch the video below to learn more about the new FPS controller from its creators.

“As you know, FPS is one of the most popular games, which, however, fails to be widely played in mobile devices.why? Because it is difficult to play FPS games on mobile devices. Thanks to PP GUN, it solves the problem of awkward operation and makes playing more convenient and close to real shooting background. The magazine box of PP GUN is the power source, which can also be used separately as mobile power supply.”

The FPS controller is now available over on the Kickstarter crowd funding website and is available to back with prices starting from just $109 for early adopters.