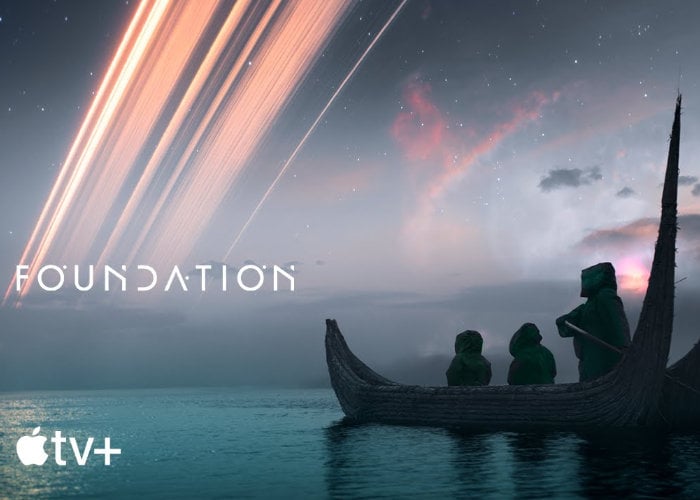 During yesterdays Apple WWDC keynote a new TV series for Apple TV+ has been teased, Foundation. Foundation is an upcoming science fiction television series based on the book series of the same name by Isaac Asimov, being created exclusively for the Apple TV+ streaming service. “Foundation chronicles a band of exiles on their monumental journey to save humanity and rebuild civilization amid the fall of the Galactic Empire”.

“The Foundation series is a science fiction book series written by American author Isaac Asimov. First collected in 1951, for thirty years the series was a trilogy: Foundation, Foundation and Empire, and Second Foundation. It won the one-time Hugo Award for “Best All-Time Series” in 1966. Asimov began adding new volumes in 1981, with two sequels: Foundation’s Edge and Foundation and Earth, and two prequels: Prelude to Foundation and Forward the Foundation. The additions made reference to events in Asimov’s Robot and Empire series, indicating that they were also set in the same fictional universe.”

“The premise of the stories is that, in the waning days of a future Galactic Empire, the mathematician Hari Seldon spends his life developing a theory of psychohistory, a new and effective mathematical sociology. Using statistical laws of mass action, it can predict the future of large populations. Seldon foresees the imminent fall of the Empire, which encompasses the entire Milky Way, and a dark age lasting 30,000 years before a second empire arises. Although the inertia of the Empire’s fall is too great to stop, Seldon devises a plan by which “the onrushing mass of events must be deflected just a little” to eventually limit this interregnum to just one thousand years. To implement his plan, Seldon creates the Foundations—two groups of scientists and engineers settled at opposite ends of the galaxy—to preserve the spirit of science and civilization, and thus become the cornerstones of the new galactic empire.”