This week the Major Nelson website has announced the arrival of a new Forza 4 Xbox 360 Bundle complete with wireless reading wheel. The new Forza bundle in now available to pre-order for $299 and will be shipping in the middle of next month. 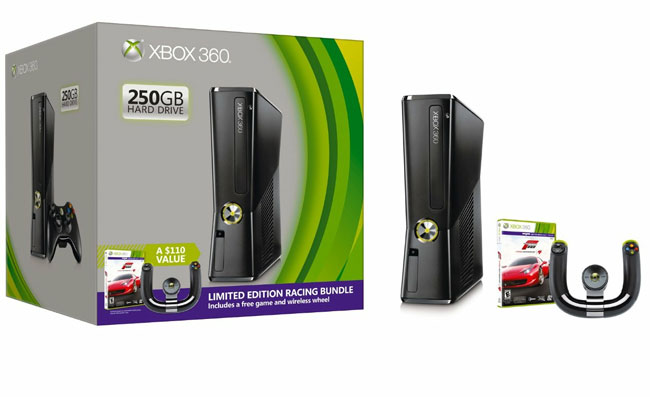 The Forza 4 Xbox 360 Bundle also comes with three months Xbox Live membership and a copy of the awesome Forza 4 Motorsport game. Developed by Turn 10 Studios and published by Microsoft Studios exclusively for the Xbox 360.

Forza 4 Motorsport now includes a new mode called Autovista allowing gamers to view details such as engine parts and interior gauges on a select number of cars. It can now even be played using Microsoft’s Kinect motion sensor if desired, although some reviews has said that the gesture controls are a little frustrating at times for serious driving control.