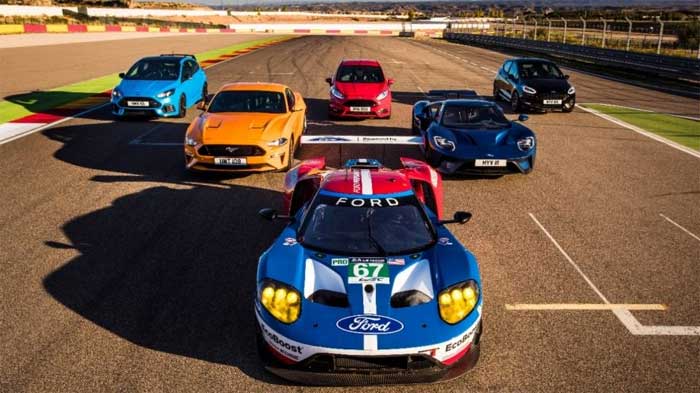 Ford has a new video that has eight of its high-performance cars on the track to see just how fast they all go. The video shows a Ford F-150 Raptor; Fiesta ST, all-new Fiesta ST, Focus RS, new Mustang GT, Mustang GT350R, Ford GT road car and Ford GT race car all competing on the same track. That track is the Motorland race circuit near Barcelona, Spain.

Drivers for the event included Andy Priaulx, Harry Tincknell, Olivier Pla and Stefan Mücke from the World Endurance Championship, and Dirk Müller, Joey Hand, Richard Westbrook and Ryan Briscoe. Each driver took the wheel of one of the vehicles and hit the track.

It’s probably not hard to figure out what vehicle took first place and what took last place, but the video is a fun watch. Drivers and cars are shown in the chart below.