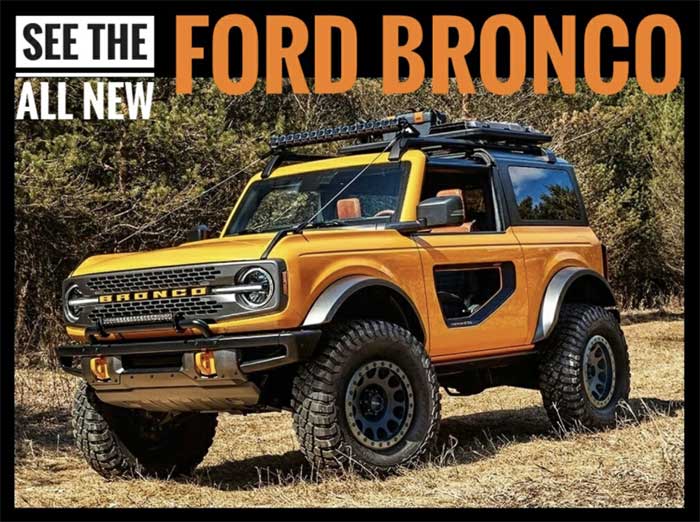 One of the coolest accessories we’ve seen on the all-new Ford Bronco since Ford first showed it off were the cool doughnut doors with the hole in the center. The expectation was that Ford would offer those cool doors as an option for the Bronco, but it appears that won’t happen. While Ford still has marketing images floating around showing the doughnut doors, a Ford insider has said they won’t be produced.

Indications that the doors wouldn’t be a factory option came from a Ford source at Super Celebration East. According to people who were at the event who posted on the Bronco6G forums, the Ford representative said that the donut doors had been canceled due to crash test data. However, the Mad Max tube doors will still be available.

It’s strange that the donut doors didn’t survive the crash testing while the tube doors did. Looking at the design of the two doors, it may be the middle beam on the tube doors that provides more crash protection than the hollow opening of the doughnut doors. You can bet the aftermarket will offer something similar to Ford’s doughnut doors.