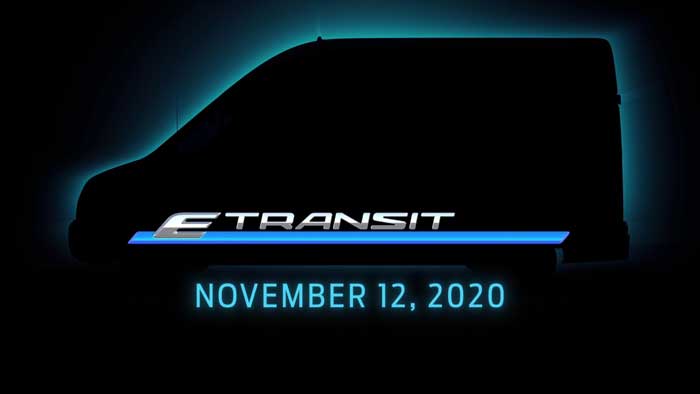 Like most automakers, Ford is moving heavily into electric vehicles to reduce emissions and meet standards around the globe. The automaker has announced on November 12 it will reveal its new all-electric E-Transit van. The vehicle is an all-electric version of the world’s best-selling cargo van.

It will be offered in the Americas and around the globe, ushering in a new green delivery vehicle era. For now, Ford is offering little in the way of detail on the van. We have no idea what sort of battery capacity or driving range the vehicle offers.

Since most delivery vans are used in heavy stop and go traffic in cities, it may not need an incredibly long driving range. We’d assume the range will be plenty high for a day of delivering parcels.