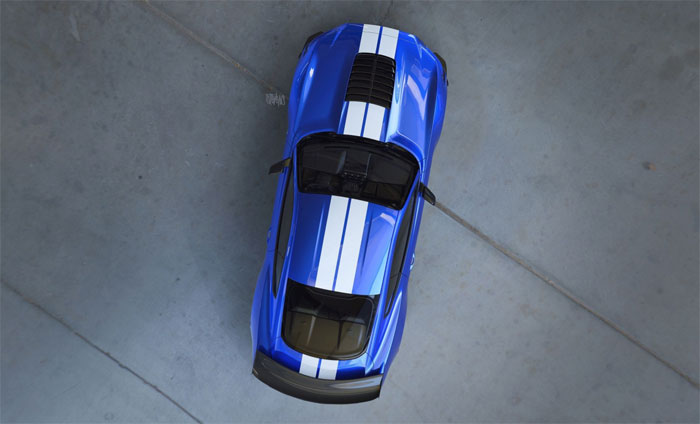 Ford has been big on teasing Mustang fans of late with the first teaser image of the GT500 coming back in January. Another teaser image has turned up and this one shows a lot more of the GT500 than we have seen before. The overhead shot gives a good look at the hood and rear spoiler.

That hood has lots of vents in it about mid-way up, presumably to help remove heat from under the hood. The GT500 has always been supercharged and presumably, that trend will continue. The rear spoiler looks like a carbon fiber high-downforce unit.

IT appears to stand up over the top of the truck rather than being flush mount, something the original teaser showed. We hope the next teaser gives a better look at the car, for now, this is as good a glimpse as we get.