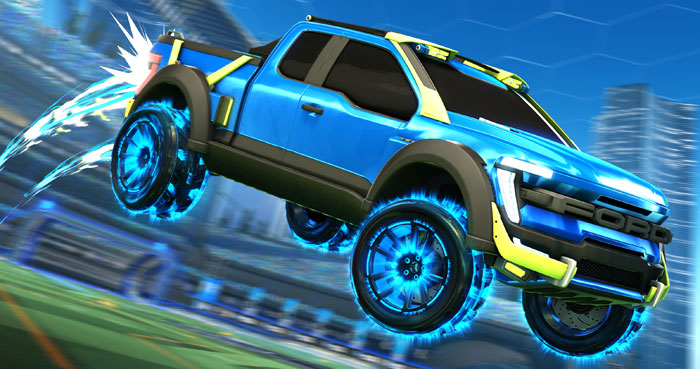 Ford has announced that it is teamed up with Psyonix, the maker behind the popular videogame called Rocket League. The videogame sees vehicles playing in multiplayer soccer matches where the vehicles have to knock the ball into the goal. Ford says that the F-150 Rocket League Edition will be available as an in-game purchase between February 20 and 28th.

The F-150 bundle includes a chairman decal, two sets of F-150 wheels, F-150 Rocket League Edition engine audio, F-150 boost, and F-150 player banner. Ford says the appearance of its iconic truck in the videogame is part of its wider push in the gaming realm after successful sponsorships with other games, including Forza.

Ford also intends to produce commercials for its vehicles aimed directly at gamers narrated by Bryan Cranston of Breaking Bad fame. The digital truck has real-world styling cues from the F-150 design team and looks more than a little like a Ford Raptor pickup.