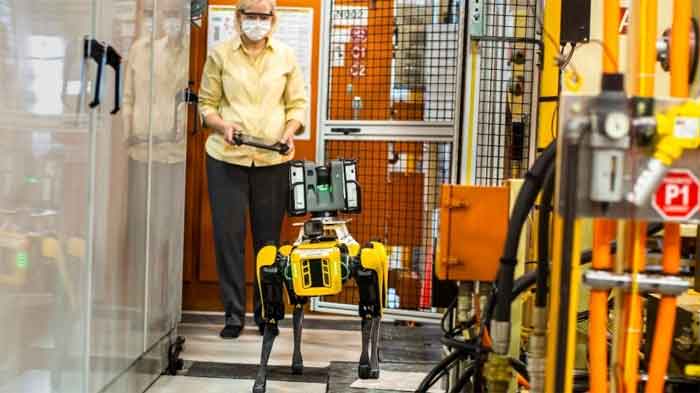 Ford is currently experimenting with four-legged robots to help it scout factories and save time and money. The robot is called Fluffy and can find its way into hard-to-reach areas inside the plant. Currently, Ford plans to use Fluffy at the Van Dyke Transmission Plant in early August to laser scan the plant to help engineers update the original computer-aided design.

Ford says that computer-aided design is used when preparing to retool plants. The big upside to the robots is that they can be deployed in hard-to-reach areas inside the plant where they can scan the area with laser scanners and HD cameras. That data is used by the Ford engineers to save time and money during the retooling process.

Ford is currently leasing two robots dubbed Fluffy and Spot from robotics company Boston Dynamics. The robots can clamor up 30-degree grades and can climb steep stairs as long as their batteries hold out. Fluffy can travel up to 3 mph and has almost 2 hours of power inside its battery. Ford says that without the robot, updating the computer-aided design would be far more tedious. The team says that scanning a single plant could take two weeks, but using the robot, they can perform the task in half the time.