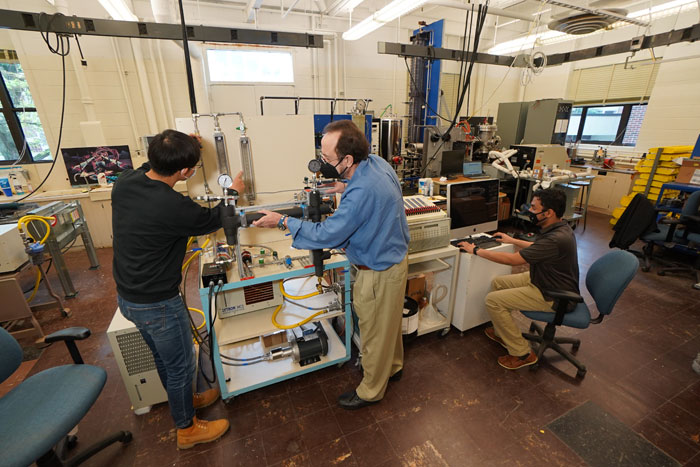 Ford has teamed up with researchers from Purdue University to create a new and very fast charging cable that could usher in an era where electric vehicles can recharge as quickly as filling up a gas station. The researchers have completed an early step in developing the new patent-pending charging method for charge stations that could deliver significantly more power than current chargers.

The system uses liquid as an active cooling agent and changes the liquid to vapor. That change works in cooperation with vehicle charging technology that’s being developed to lower the average recharging time for an EV.

Project researchers plan to begin testing a prototype charging cable in the next two years. That testing will allow them to determine more specific charging speeds for specific models of electric vehicles. Ford is pushing hard into the electrification with its popular Mach-E, the F-150 Lightning, and the E-Transit electric delivery van, and faster charging is critical to success.