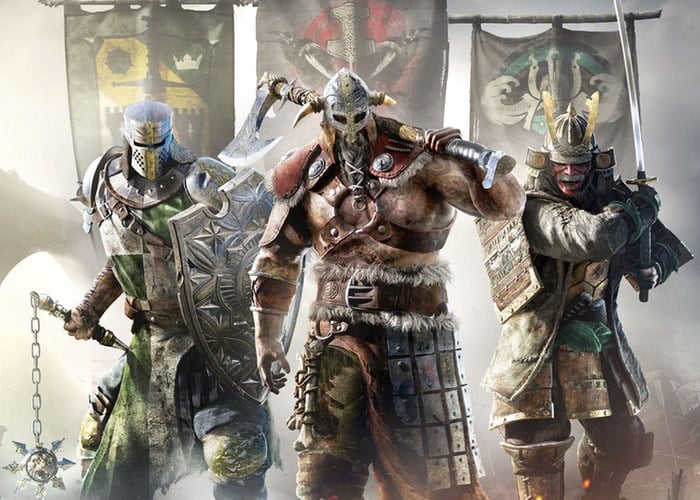 This week a number of new trailers have been released for the upcoming new game For Honor, which will be officially launching on Valentine’s Day next year February 14th, 2017 and will be available to play on the PS4, Xbox One and PC systems.

For HonorIs a hack and slash action title which is now available to preorder and has been developed by Ubisoft Montreal and designed by Jason VandenBerghe. Check out the three trailers below including a 4K Ultra HD gameplay demonstration to learn more and see what you can expect from the game set during the mediaeval period.

Enter the chaos of war as a bold Knight, brutal Viking, or deadly Samurai, three of the greatest warriors of legend. In For Honor, wield your blade like never before with the innovative Art of Battle combat system that puts you in total control of your warrior. Master the sword, and fight in brutal, fast-paced melee combat across an engaging story campaign and groundbreaking multiplayer modes.

Each faction has four classes. The Vanguard class are described as “well-balanced” and has excellent offence and defence. The Assassins class are fast, are very efficient in dueling enemies, but they deal much less damage to enemies. The Heavies are more resistant to damages and suitable for holding capture points, though their attacks are slow. The last class, known as “Hybrids”, are said to be a combination of the three types, and is capable of using uncommon skills. All heroes are unique, and have their own weapons, skills, and fighting styles.