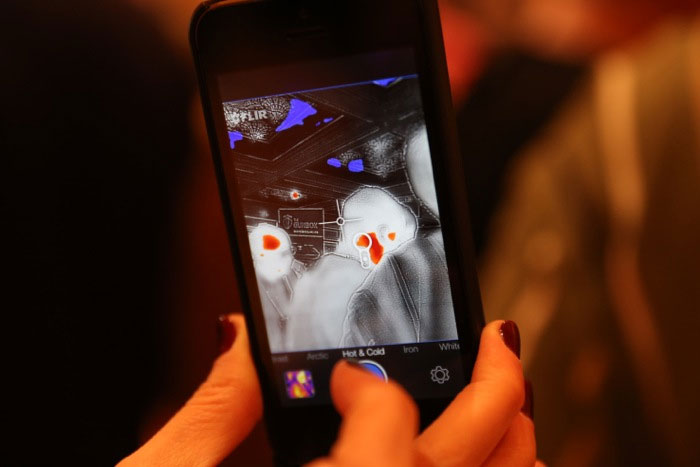 The Flir One thermal camera will sell for $349, making it significantly cheaper than the next cheapest thermal camera the company offers with a price of around $1000. This new product is helping Flir to target the broader consumer market. The camera case works with the iPhone 5 and 5S smartphones now, but a version of the camera for Android users will land next year.

Flir says that it has received 35,000 inquires about the iPhone thermal camera accessory. The company has also paired down a list of developers wanting to make apps to take advantage of the camera to 2,000. Apps in development will have a range of uses for both commercial and personal uses. A version of the camera for the expected iPhone 6 can be produced quickly according to Flir.