iPhone owners looking to add a handy new thermal imaging feature to their smartphone, might be interested to know thanks to the FLIR One iPhone case unveiled at this week’s Consumer Electronics Show in Las Vegas, thermal imaging is now possible from your iPhone.

The FLIR One thermal imaging iPhone case it has been designed to increase the power of your iPhone 5 or 5S camera to be able to see heat signatures from either live people and animals from up to 100 meters away. 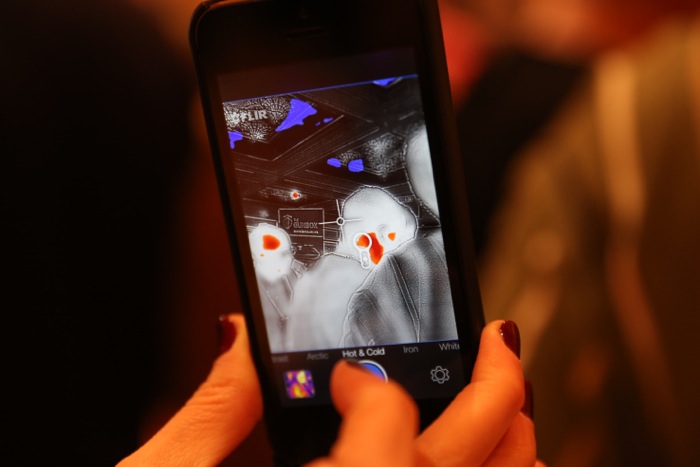 The FLIR One thermal imaging iPhone case and is equipped with a number of modes that enable you to interpret the thermal imaging data differently and to meet your requirements. Allowing you to adjust the displayed degrees of temperature showing more less binary differences between the temperatures. 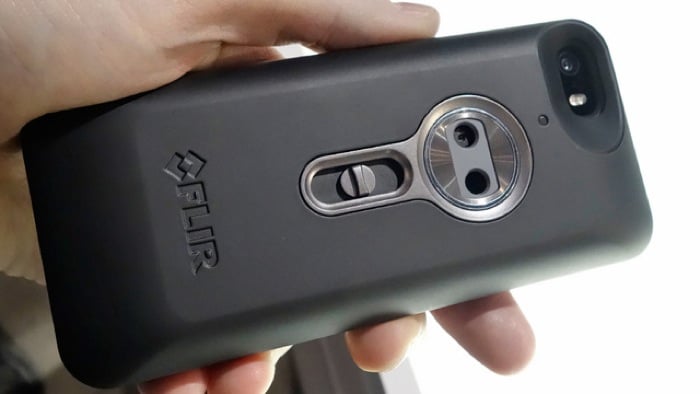 “Using special sensor technology that was originally developed for military night vision, FLIR ONE converts heat, which is emitted from every object on earth, into color images. These color images allow users to not only see in the dark, but to also observe differences in temperature of fractions of a degree. FLIR ONE’s powerful capacity to augment human vision opens up a new world of possibilities for consumers. In addition to seeing in the dark and detecting invisible heat sources, the device helps users see through smoke.

While thermal imaging opens a whole new wolrd of uses and opportunities to consumers, it is not the same as “X-ray vision.” FLIR ONE cannot see “through” walls, doors, glass, or clothing; detect buried objects; or accurately gauge the surface temperature of shiny materials, which reflect their surroundings rather than generate their own heat signature.”

The innovative thermal imaging FLIR One iPhone case is priced at $350 and will be launching during late spring or early summer later this month. For more information on this very unique iPhone case jump over to the FLIR website for more details and specifications.