Flickr the image and video hosting website, has announced a new addition to its website in the form of a new social sharing feature, that now makes it easy to share your images with the larger social networks.

The feature has been created by Flickr to reduce the amount of uploaded you need to do to share a photo. Allowing you to only upload your images once, but share them everywhere.

The new options have been integrated as a key part of the photo page just next to the actions drop down. Previously Flickr would only allow you to share your photostreams, sets and groups to your friends and family via email. 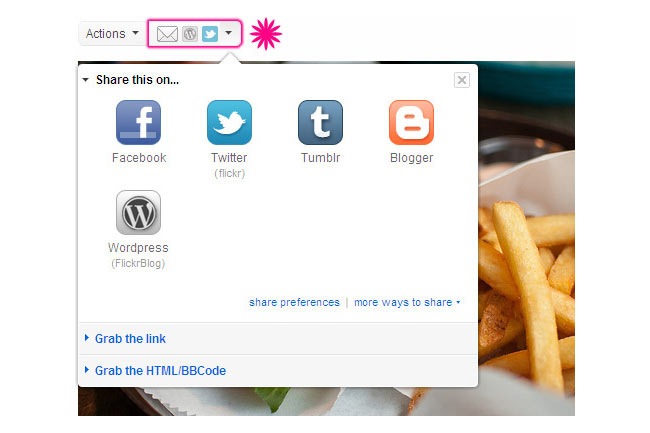