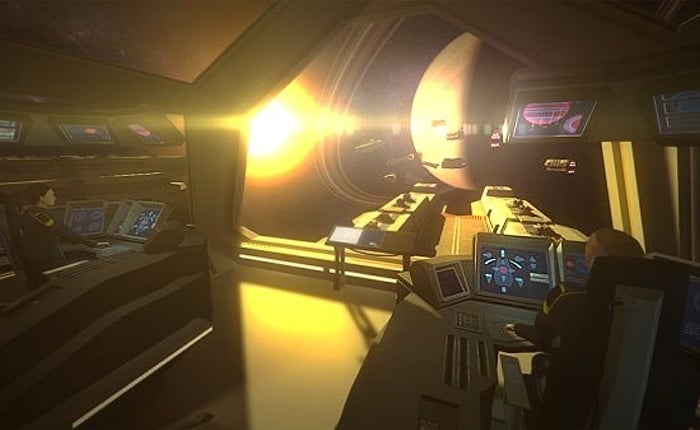 Gamers that enjoy a good space sim and real time strategy games might be interested in a new game that is currently under development called Flagship.

Flagship is a real-time strategy game set on a galactic scale, played from a first person perspective, during which you command your fleet from the bridge of your ship, explore the stars and expand your territory. Check out the trailer after the jump.

The Flagship game teaser trailer below was captured in-game using pre-alpha assets and the game will support the Oculus Rift virtual reality headset however it is not essential to enjoy and play the game.

Flagships currently set to be officially launched sometime during 2015 and for more information you can jump over to the official games website for more details and screenshots.

“Humanity had only just begun its expansion beyond the solar system when it came face to face with a thriving and hostile galaxy. After a disastrous defeat the Sol system was lost and the remains of the human race were forced into a backwater system. With limited resources and a skeleton fleet, it’s up to you to rebuild what has been lost, or forge a new empire from the ashes.”