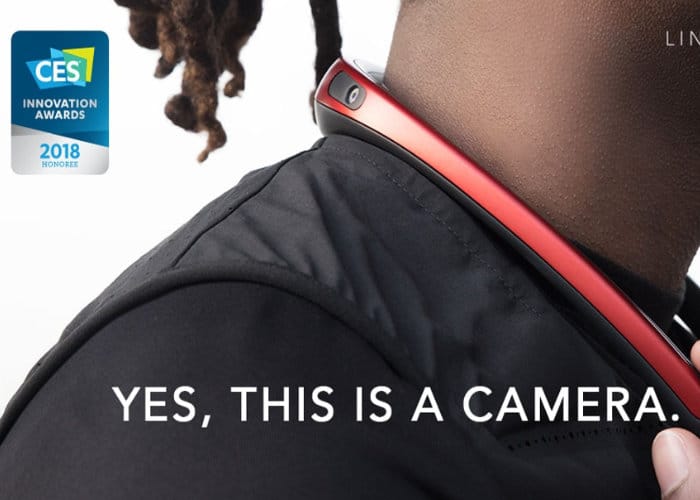 As previously announced back in December 2017 the unique FITT360 360 wearable camera has now launched via Kickstarter, with the aim of raising $50,000 over the next 43 days to make the jump into production. The campaign is off to a good start thanks to over 220 backers who have already help raise nearly $40,000. The FITT360 wearable camera has been specifically designed to provide an unobtrusive and easy way to capture and share moments in 360 degree true first person views, say its creators Linkflow based in San Francisco California.

Specifications of the 360 wearable camera include a rechargeable battery capable of providing up to 90 minutes of recording time, embedded GPS technology and also IPX6 water resistant certification. Watch the demonstration video below to learn more about the wearable 360 degree neckband camera, which is now available to back with early-bird pledges starting from $370 and shipping expected to take place during October 2018.

The wearable camera comes complete with its own smartphone companion application which is supported by both Android and iOS devices, allowing you to manage and configure the three integrated cameras that are capable of capturing pictures at a total resolution of 4480 x 2,240. Video resolution is 4K Ultra HD at 3840 x 1920 and live streaming is possible at 30 frames per second. For more details and a list of all available pledges jump over to the official Kickstarter crowdfunding campaign page by following the link below.