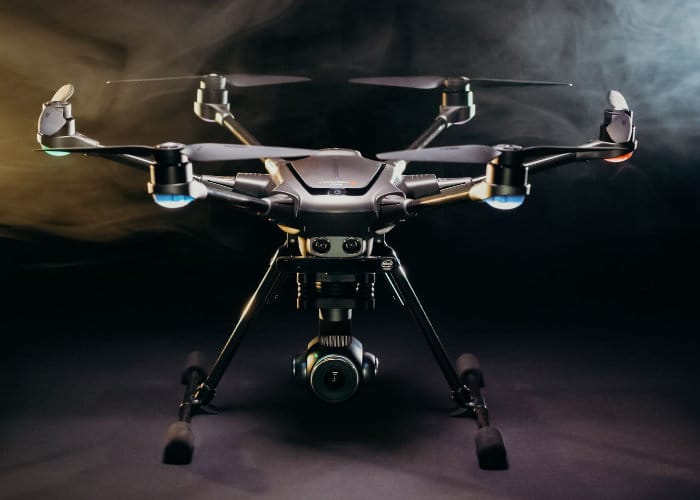 Drone manufacturer Yuneec has unveiled a new addition to its ever expanding range of 4K Ultra HD camera drone hardware, with the unveiling of the new Typhoon H Plus which builds upon the previous model the Typhoon H launched roughly 24 months ago. The latest drone from Yuneec is now equipped with a larger six-rotor hex airframe which allows it to enjoy stable flight even in winds of up to 30 mph. Designed for professional photographers and videographers the Typhoon H Plus’s camera consists of a one-inch 20-megapixel sensor and a “high-aperture” lens, enabling it to capture 4K Ultra HD video at 60 frames per second.

As with the previous Typhoon H drone the new Plus is equipped with Intel RealSense technology enabling it to detect possible collisions and take evasive action to avoid any damage. The Typhoon H Plus also come supplied with an Android based controller equipped with a 7 inch 720p display. Yuneec says that the high specification camera drone will be officially launched sometime during the first half of 2018 and will be priced at $1800, the same price as the currently available Typhoon H drone. As soon as any more information is announced by Yuneec regards availability we will try to keep you up-to-date as always.