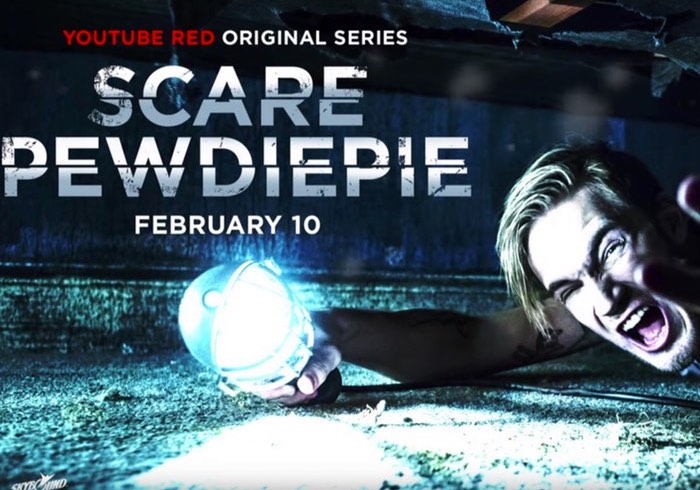 As expected the very first YouTube Red Originals programs are now available to watch via the new subscription service which has been launched by Google in the US this week.

Members of the YouTube Red service can now enjoy new shows, content and movies from Lilly Singh, Rooster Teeth, PewDiePie and AwesomenessTV and if you are still undecided whether you would like to part with your hard cash previews are also available and a 30 day free trial.

– A Trip to Unicorn Island: From the team at Astronauts Wanted, this feature-length movie gives fans an extraordinary look inside the life and journey of Lilly Singh as she embarks on a challenging 26-city global tour where she has to remember to practice what she preaches: happiness is the only thing worth fighting for.

– Lazer Team: In this feature-length action-comedy from Rooster Teeth and Fullscreen Films, four small-town losers stumble upon an alien ship carrying a mysterious cargo, leading to a battle to save Earth from an all-powerful enemy.

– Scare PewDiePie: In this reality-adventure series from the creator and executive producers of “The Walking Dead” at Skybound Entertainment and Maker Studios, experience thrills, chills and laughter as PewDiePie encounters terrifying situations inspired by his favorite video games.

– Dance Camp: This film from AwesomenessTV weaves an amazing story of unlikely friendships, unleashing passions, and discovering yourself all through the power of dance.

Over on the you tube official blog today Google have unveiled what you can expect to come to the YouTube Red Originals service in the coming months :

We’ve loved working with our creators on these series and movies and seeing them take their passion to new heights. We’ve never seen PewDiePie more scared or seen Lilly crush it as hard as she does on her world tour. We’re blown away by Meg DeAngelis’ moves and the way the Dance Camp crew breaks it down. And who ever thought the human race could rely on the Rooster Teeth guys to save them from an alien invasion? We love these new features and couldn’t be more excited to share them with YouTube Red members today.

– Prank Academy: YouTube’s most sensational pranksters, Jesse and Jeana of PrankvsPrank and BFvsGF, take their mischief to the next level and put their expertise to work as they mentor celebrity guests, teaching them how to pull off their most ambitious and complicated pranks yet with the help of some of YouTube’s biggest stars.

– Fight of the Living Dead: In an unprecedented social experiment reality show from Alpine Labs, “Fight of the Living Dead” takes popular YouTube talent and traps them in a frighteningly realistic zombie apocalypse. They must use their instincts and gaming skills to survive as they battle the elements for the ultimate prize of survival.

– Untitled 360 Game Theory: YouTube educator and pop culture expert MatPat from The Game Theorists invites the audience to come along for the ride in an innovative new series and 360 VR experience. In each episode Matt explores the real-life science behind popular video games by throwing gamers into the high-stakes scenarios they play through every day, from water jetpacks to bomb disposal.

– Bad Internet: Written by and starring the cast of CollegeHumor, along with special guests, this new anthology series will take a dark and comedic look at the absurdity of Internet culture.

– Untitled Gigi Gorgeous Project: YouTube creator Gigi Gorgeous and two-time Academy Award winner Barbara Kopple have partnered with SELECTNEXT and Sander/Moses to create this feature-length documentary that explores the intimate journey of a transgender woman from her childhood to life as a successful media personality. Together, they will ask the question, “What does it mean to be transgender in the uncensored new media world?”

– Foursome: An original series from AwesomenessTV, stars Jenn McAllister (JennxPenn) as Andie, an undateable sophomore — thanks to her older brother Alec (Logan Paul), who makes sure no guy comes near her. Andie must rely on the unbreakable bond she has with her three best friends, as they navigate the hormone-induced journey known as high school.