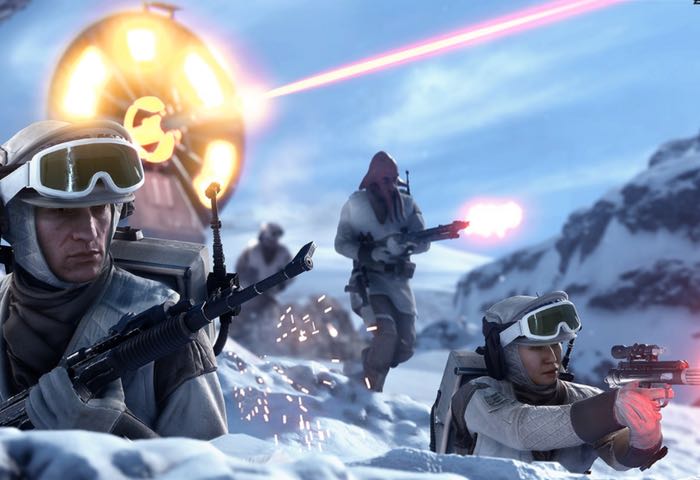 DICE has revealed the first gameplay trailer for the new and highly anticipated Star Wars Battlefront game that will be launching on the PlayStation 4 later this year on November 17th, 2015.

The trailer below was unveiled at this year’s E3 games event and provides a look at a battle on Tatooine.

To build the dynamic and exciting world within Star Wars Battlefront the team of developers at DICE have visited the Lucasfilm archives for further research. DICE explain more:

“In a total of 15 enemy waves, you’ll face off against stormtroopers, AT-STs, and anything in between. PlayStation 4 players can also team up with a second player in split-screen co-op, or take the fight online via co-op.

Star Wars Battlefront Survival Missions are not only limited to Tatooine, nor is it the only type of Mission that will be available. There will be many more challenges, such as Trial Missions, Battle Missions, and Hero Battles. You can learn more about the different Mission types over on our official site.”