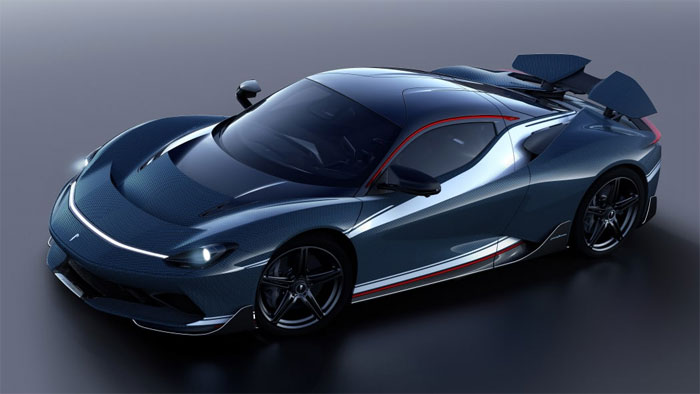 Pininfarina has been talking about its Battista electric hypercar for a while. The company has now revealed details on the first commissioned version of the car destined for customer. Exactly who the lucky owner of the custom Battista seen in the image above is, we don’t know.

The car was inspired by New York City, and the dominating theme of the exterior is carbon fiber done in color called Iconica Blu thread. Like all carbon fiber, the car is mostly black, but the colored thread is woven in to give it a blue appearance. The car also features a red exterior jewelry pack along the windows and side sills.

The white stripes on the sides of the car were hand-painted using a color called Bianco Sestiere Metallic. The wheels are covered in Dark Matt Grey with a black center-lock ring matching the car’s roof. The customization program for the car allows for a total of 128 million color combinations allowing owners the ability to customize their rides completely.