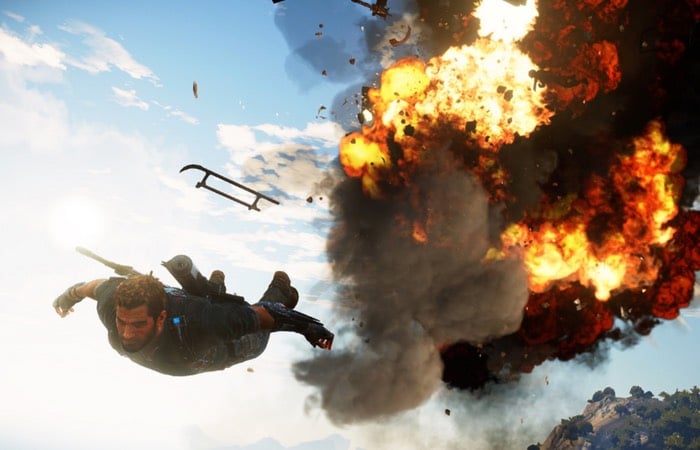 The first trailer has been released over the weekend for the new upcoming Just Cause 3 game, that is currently in development by Avalanche Studios and set to be published by Square Enix.

Just Cause 3 video game will be available to play on Xbox One, PlayStation 4 and PC and is set to launch late in Q4 2015, ready for the holiday period. Check out the first Just Cause 3 trailer below to get a feel for what you can expect.

The Just Cause 3 open world action adventure game will be launched as a one off purchase and will not include any micro transactions, Square Enix has confirmed.

“Just Cause 3 will be set on a fictional Mediterranean island known as Medici with Rico Rodriguez set as the protagonist against the brutal control of dictator General Di Ravello, with the map size being similar to that of the setting of Just Cause 2.

However, its volumetric terrain has increased to allow more verticality – as a result of this, it is now possible for the player to explore subterranean caverns (a new feature) and to scale buildings more effectively and realistically.

It has also been confirmed that Just Cause 2 ’ s signature features – the grappling hook and parachute – will be re-appearing with improved mechanics. The focus on mayhem and crazy physics will also remain, along with a brand-new wingsuit.”

For more information on the new Just Cause 3 jump over to the official website for details.