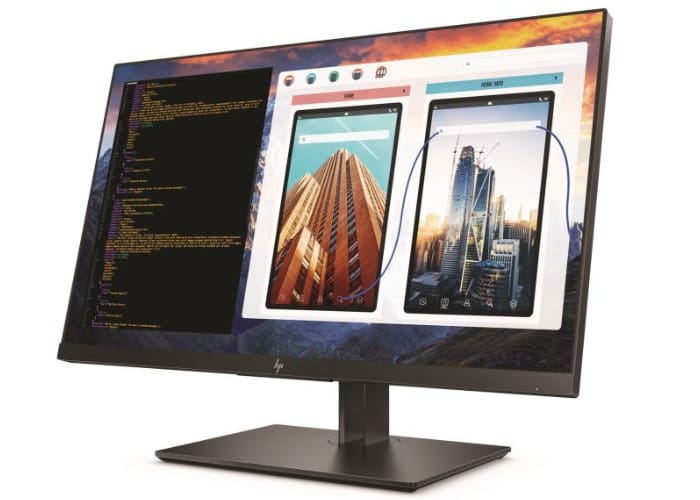 Hewlett-Packard has announced the immediate availability of a variety of new monitors and the first 4K Ultra HD Elite Display in the form of the EliteDisplay S270n, offering a 4K Ultra HD resolution in a 27 inch IPS display. Other features include 350 cd/m² brightness, 1300:1 static contrast ratio panel and a 14 ms grey to grey response time.Ports on the display include 1 x DisplayPort 1.2 or 2 x HDMI inputs (1.4 and 2.0), 1x USB Type-C supporting Displayport 1.2 capable of delivering up to 60w of power to connected devices.

The previously mentioned Z27, Z32 and Z43 monitors offer 350 cd/m² peak brightness, as well as a 1300:1 static contrast ratio. However the response time is improved on the 27″ and 42″ models down to 8 ms grey to grey. While the 31 inch display also offers a 14 ms response time similar to the HP EliteDisplay S270n.