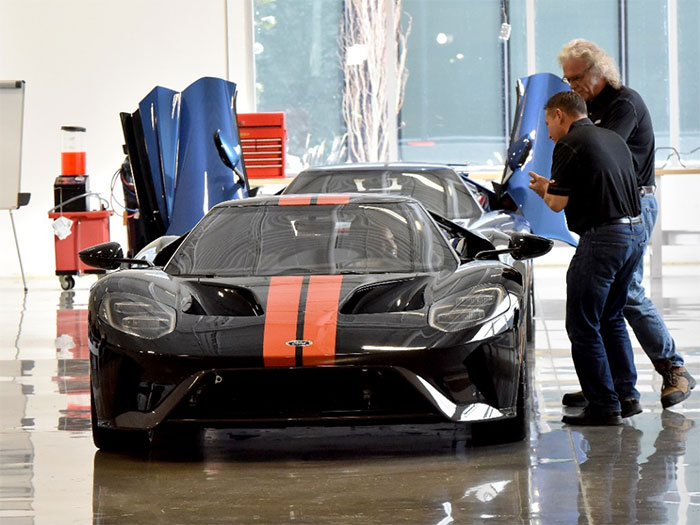 Ford has announced that Ford GT job 1 has rolled off the assembly line. That is automaker speak for the first of the production road going Ford GT cars completing the build process. I don’t know how job 1 works, I would assume that means a single car was job one, but there are clearly two in the images.

Presumably this is job 1 and job 2. The first one appears to be the glossy black with orange stripes. I would have gone with the matte black and orange personally. The Ford GT is being built at the low-volume assembly facility at Multimatic in Markham, Ontario.

This means that at least one lucky Ford GT buyer is getting their car in time for Christmas. The Ford GT was unveiled back in 2015 and it took less than two years for the car to go from a prototype to the first customer deliveries. Ford hand picked every GT owner.