Mozilla has now released whats should be the final version of their new Firefox 4 browser and its now ready to download as a Release Candidate 1 version build.

The Firefox 4 RC build is expected to be the final version as far as the development team are concerned and Mike Beltzner, Mozilla’s Director of Firefox, says that this RC “represents the code we intend to ship as Firefox 4” 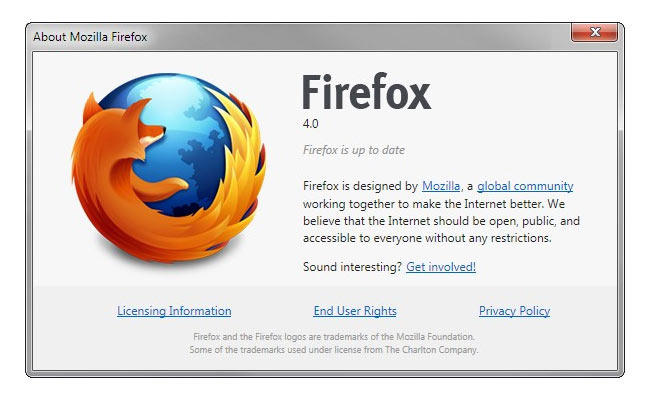 The new release candidate includes all the tweaks from the previous beta developments stages including the new new look user interface. More information is available from the Firefox 4 RC website and you can now download the latest release here: Firefox 4 RC1