The guys over at Lifehacker have produced a great guide to the latest release of the World’s most popular browser, Firefox 3. 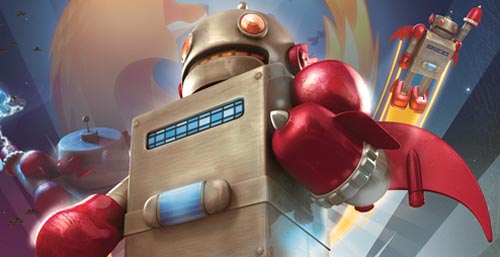 There are some great tips to get your newly downloaded Firefox 3 running exactly how you want it, here’s a small excerpt.

You already know about Firefox 3’s marquee new features, but now it’s time to dig deep and unearth the shortcuts, tweaks, and even Easter eggs that Mozilla marketing doesn’t mention. In honor of today’s official release of Firefox 3”at 10AM Pacific Time”let’s dive in past Firefox 3’s most talked-about feature-set into its lesser-known power uses, tricks, and customizations.

Shrink the Super-sized Back Button
The very first thing you notice in Firefox 3 is its extra large Back button. While it’s actually quite handy”less chance of missing your target!”if the Back button’s just too big for your tastes, it’s as easy as pie to reduce. Just right-click on Firefox’s toolbar, and choose Customize. In the dialog box, select “Use small icons.”

Head on over to Lifehacker and read the guide, there are some great tips.