Slingshot master builder Joerg Sprave has created a new style of slingshot specially built for his new year celebrations, which has been designed to fire and automatically light category II firecrackers.

In Germany category II firecrackers are legal to be used in Germany, for two days between December 31st and January 1st. Watch the video after the jump to learn more about the Firecracker Slingshot project and see it in action. 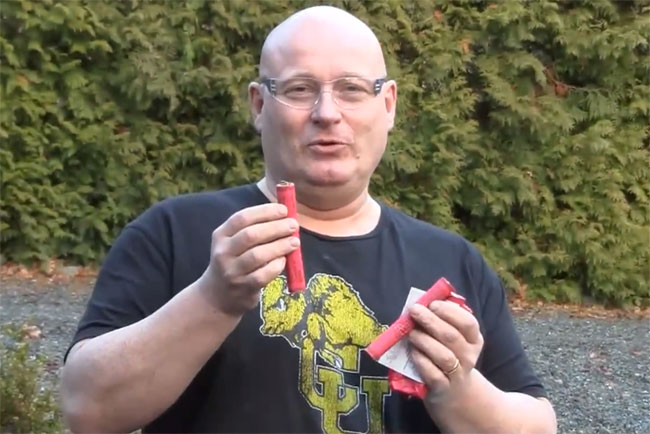 The category II firecrackers contain 2 gramms of black powder in a tight cardboard “cigar” shaped package, which are then loaded into the slingshot via a breach loading mechanism, and an integrated storm lighter provides an automatic lighting system as they are launched.

In the second video you can see what happens when a category II firecracker is set off within a block of ballistic gel.Enjoy!