Slingshot master Joerg Sprave has been at it again and has this month re-created one of his favourite slingshots but this time has doubled the length of the beast.

Doubling the length of the hand winched slingshot has now created a weapon that is capable of firing a 25mm steel ball bearing a speeds of 69 m/s, increasing the energy of the 25mm steel ball to about 162 Joules, around 2.4 times more, than the original slingshot. 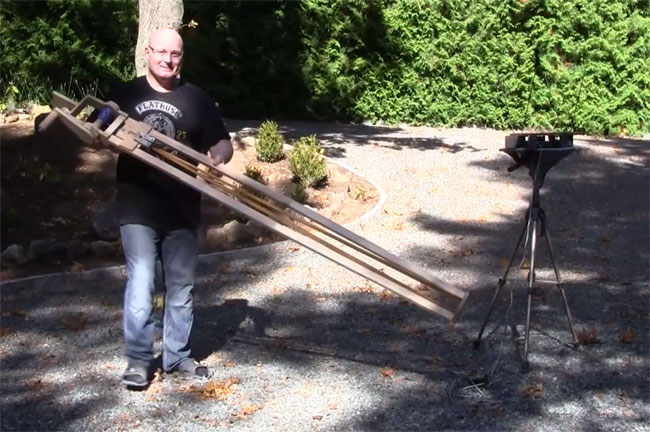 Watch the video below to learn more about the “Twice as Long Twice as Good” slingshot project and see it in action. The video also includes a look at a new two shot bullpup crossbow which “fires two full size arrows, either at the same time or in consecutive order. Outfitted with a surplus G36 scope, it is really accurate and powerful enough to penetrate a car.”