Lego designer and enthusiast Aaron Amatnieks certainly has a taste for grandeur. Seen below is his “fire-breathing Lego red dragon.” This should warm the hearts of passionate RPG fans and fantasy geeks in general. Seen below is the highly detailed build in all its fearsomeness.

The cool part of course is when it breathes fire. Naturally, you’re curious as to why the Lego bricks at the mouth don’t melt. Well, lighter flames aren’t that hot to begin with. There’s a nice video after the jump. 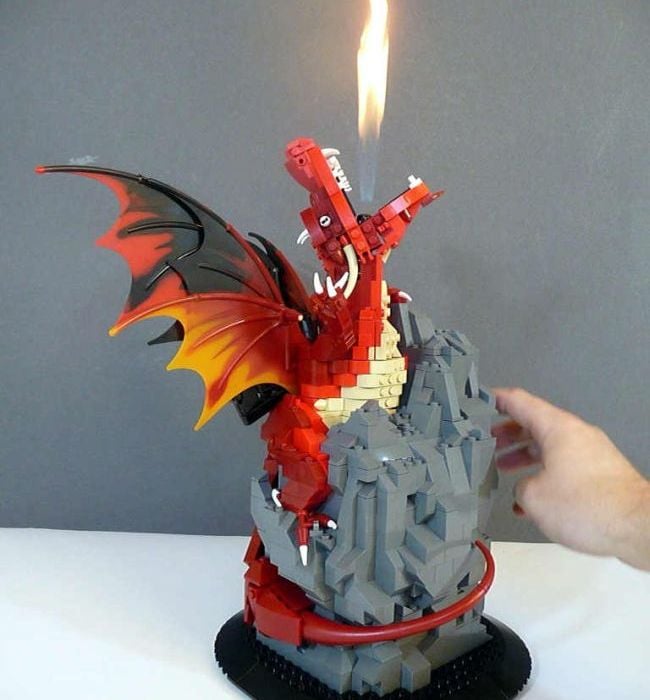 And here it is:


Watch this video on YouTube.
While the dragon does seem an impressive cigarette lighter, keep in mind cigarettes are bad for your health. Drink moderately. What?

It would be awesome if he can build a three-headed dragon that’s also fire-breathing. Like a magical candelabra that’s fierce and terrifying. For Lego people at least. And if you want to build your own, just ask Mr. Amatnieks for some instructions including warning about fire being hazardous to your bricks (and self)