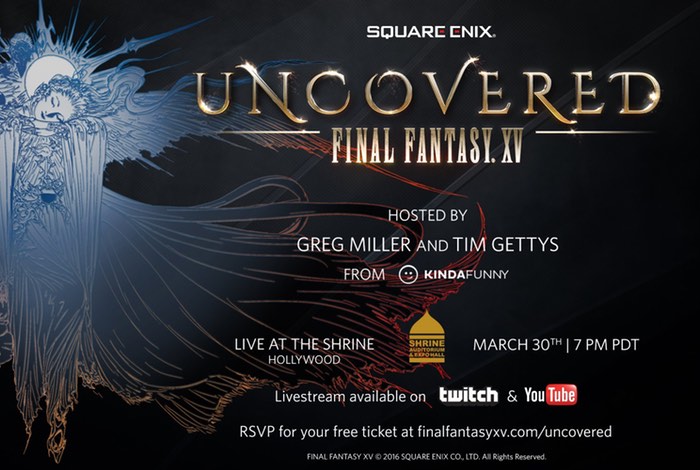 Gamers patiently waiting for the launch of the highly anticipated Final Fantasy XV game will have to wait until March 30th, 2016 to know when the game will be officially launching.

As Square Enix has announced they will be officially hosting an event in Los Angeles to announce the Final Fantasy XV launch date  together with plenty of other details about the Final Fantasy XV game and what you can expect to enjoy once it’s made available.
Tickets for the March 30th event will be made available in just over four days time and the announcement will be live streamed via Twitch over YouTube. Unfortunately admission will only be available to residents of the US and will be held in the Shrine Auditorium in Hollywood.

As soon as more information is made available will keep you updated as always in the meantime enjoy trailer promoting the game that was made available.

The destiny of the stars is set in motion 15 years before the events of FINAL FANTASY XV. As the shadow of turmoil is cast over the land, there is hope on the horizon as an unbreakable bond is forged between a father and son, and the light of a new dawn rises on a hero.