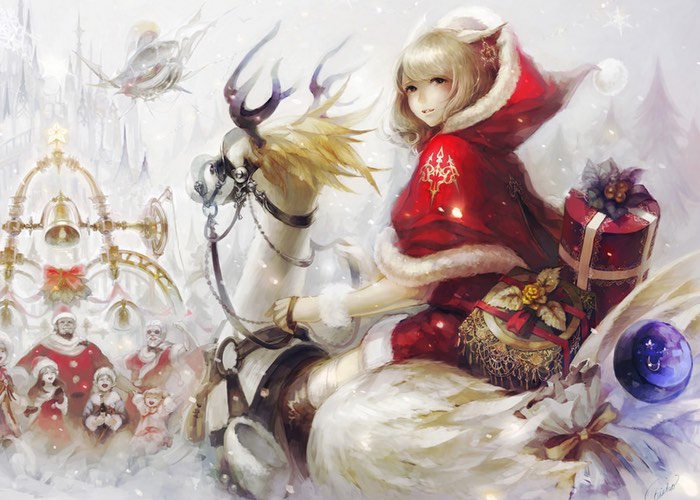 Matt Hilton Assistant Director of Community at Square Enix has taken to the official PlayStation blog this weekend to announce that the Final Fantasy XIV Starlight Celebrations have now started.

Square Enix has also released a new Final Fantasy XIV holiday 2015 trailer to show how some of the popular characters from the game are spending their holidays, check it out below.

Final Fantasy XIV Online, is a massively multiplayer online role-playing game for PC developed and published by Square Enix in 2010 is the fourteenth entry in the main Final Fantasy series and the second MMORPG in the series after Final Fantasy XI.

How will you spend the holidays in Eorzea? Happy holidays from everyone on the FINAL FANTASY XIV

Of course, December also means the return of the Starlight Celebration in Eorzea. We have a lot of fun things for adventurers to do, while spreading joy across the realm! Earn rewards, spend time with friends, and enjoy yourself over the holidays. Be sure to enjoy the festivities before the event ends on December 31st, 2015!