The last time we talked about Final Fantasy XIV A Realm Reborn was back in September of last year. At that time, it was announced that PS3 gamers who bought the game would get a free upgrade to the PS4 version if they bought a new console. Sony is offering up a few more details on that game along with a new trailer showing PS4 game play. 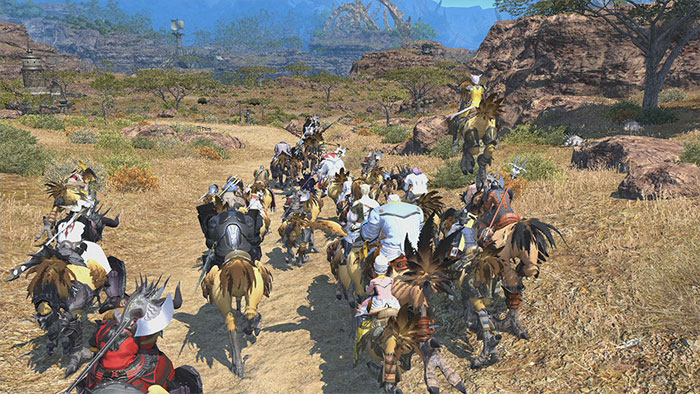 The transfer service to move PS3 gamers to the PS4 will start on April 11. Sony points out that if you choose to migrate to the PS4, the PS3 game will be unplayable. Anyone wanting to play on both consoles needs to buy a second version of the game. You have to have logged in from the PS3 at least once to transfer.

The updated trailer shows actually PS4 in game footage. The graphics are in full HD resolution and the PS4 version supports PS Vita Remote Play. The game will also support a mouse and keyboard on the PS4. Support for the touchpad on the Dualshock 4 controller is also mentioned. Sony also talked a bit about the beta for the game. Phase 2 of the beta kicks off April 4 and any characters made during phase 2 can be transferred to the retail game. All characters made during phase 1 of the beta will be deleted before phase 2.