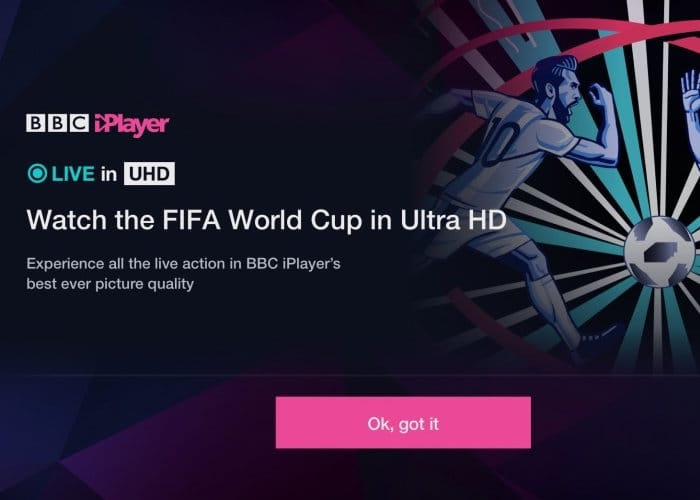 The BBC has today announced that all 29 of BBC One’s FIFA World Cup matches are scheduled to be made available in 4K and HDR. Enabling fans to watch their teams battle it out at the World Cup 2018 event in Russia in ultra HD resolutions with high dynamic range colour (HDR) to those located in the United Kingdom. Although each game will be limited to “tens of thousands of people”. At the current time the BBC has not announced the exact number of iPlayer-equipped devices that will be supported by the new 4K streaming technology.

The BBC explains to gain access “viewers must be among the first to click on the relevant home screen button just after each stream starts. To enjoy the optimum experience, the BBC says audiences will need a 40 megabit per second (Mbit/s) internet connection – which is faster than that to which most households have access. Those with slower download speeds may find they are provided a lower-resolution image.”