A new gadget is looking to make the jump from concept to manufacture over on the Kickstarter website this month called, the Ferrite Interactive Liquid Sculpture. The gadget has been designed to be an interactive desktop amusement and allow you to while away a few hours playing and teasing the Ferrofluid. Watch the video after the jump to see it in action. 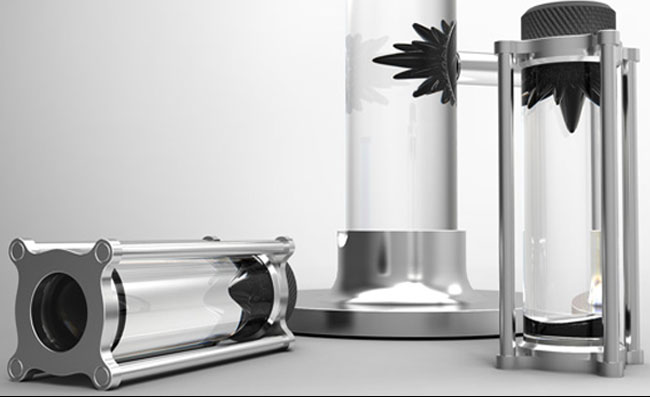 “Ferrofluid displays capture the best qualities of ferrofluid, both as a liquid and as a ferromagnetic substance. By applying magnetic fields of different strengths, different shapes and formations begin to appear in this otherworldly black liquid. By suspending it in a clear liquid, even more interactive qualities are exposed.”

If you think you would enjoy playing with the Ferrite Interactive Liquid Sculpture. Jump over to the Kickstarter website to make a pledge.