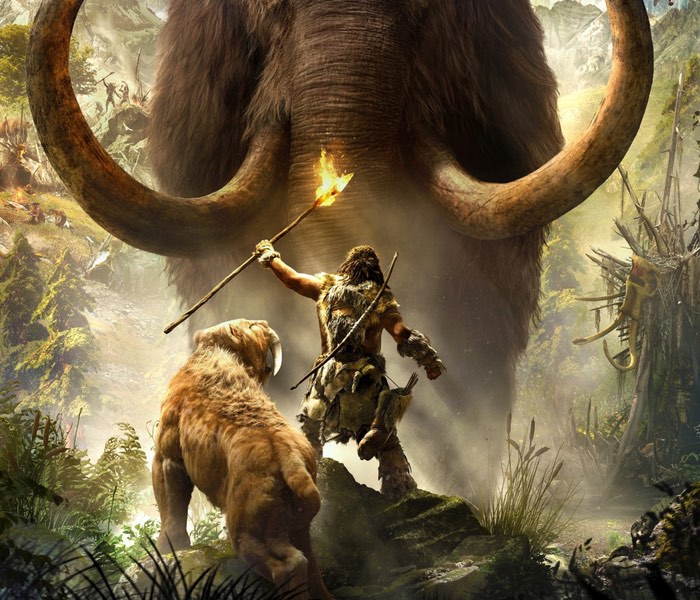 Ubisoft has today announced a new Far Cry game that will be launching next year on February 23rd, 2016 and will take the form of Far Cry Primal on PlayStation 4 and Xbox One. The PC version will be released a little later in March 2016.

Welcome to the Stone Age, a time of extreme danger and limitless adventure, when giant mammoths and sabretooth tigers ruled the Earth, and humanity is at the bottom of the food chain. The award-winning Far Cry franchise that stormed the tropics and the Himalayas now enters the original fight for humanity’s survival with its innovative open-world sandbox gameplay.

As the last survivor of your hunting group, you will learn to craft a deadly arsenal, fend off fierce predators, and outsmart enemy tribes to conquer the land of Oros and become the Apex Predator.

– RISE ABOVE EXTINCTION – You will play as Takkar, a seasoned hunter and the last surviving member of your group. You have one goal: survival in a world where you are the prey.

– A WORLD RULED BY GIANT BEASTS – After the last Ice Age, the glaciers retreated to leave behind a land blooming with nature and resources where humans and animals alike can thrive – provided they have what it takes to prove their dominance