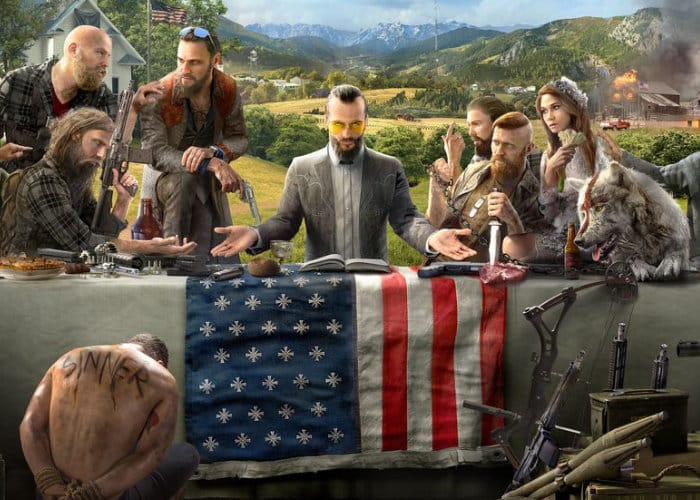 Next month on March 27th, 2018 those of you patiently waiting for the release of the fifth game in the series Far Cry 5 will finally be able to enjoy the new adventure and storyline. Over the weekend Ubisoft has released a new trailer teasing what you can expect from the story within Far Cry 5 which features the Project at Eden’s Gate, a doomsday cult led by Joseph Seed, who with this gang of mercenaries have taken over Hope County, Montana. 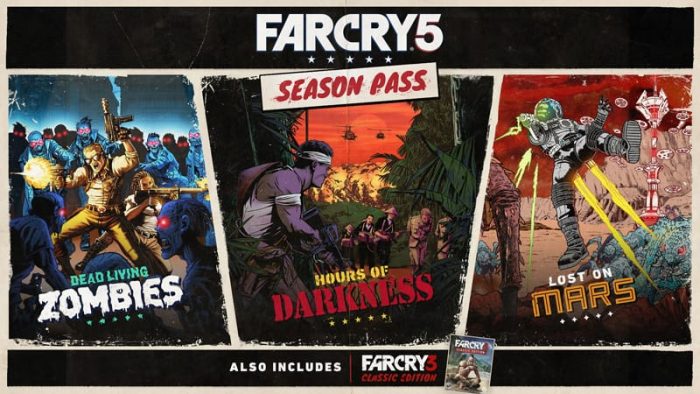 Last month Ubisoft made available details of the minimum PC specifications you will be required to play the game as well as revealing the performance hardware you will require to run the game at 4K Ultra HD resolutions at both 30 and 60 frames per second. To enjoy the game at max settings, you will need a system equipped with an Intel Core i7-6700K @ 4.0 GHz or AMD Ryzen 7 1700X @ 3.4 GHz or equivalent supported by an NVIDIA GeForce GTX 1080 SLI or AMD RX Vega 56 CFX with 8GB VRAM and at least 16 GB of RAM. Jump over to our previous article to check out all the specifications for the PC version of the game.

Ubisoft has also announced that the Season Pass for Far Cry 5 will include three distinct environments for players to enjoy and battle it out, together with access to a digital copy of Far Cry 3 Classic Edition. The three environments are approached in three distinct DLC packs: Dead Living Zombies, Hours of Darkness, and Lost on Mars. Dead Living Zombies as the name suggests offers gamers plenty of Zombies to defeat. Lost on Mars will have players battling arachnids like foes on the surface of the red planet and Hours of Darkness, players will travel back in time to Vietnam to take on the Viet Cong.