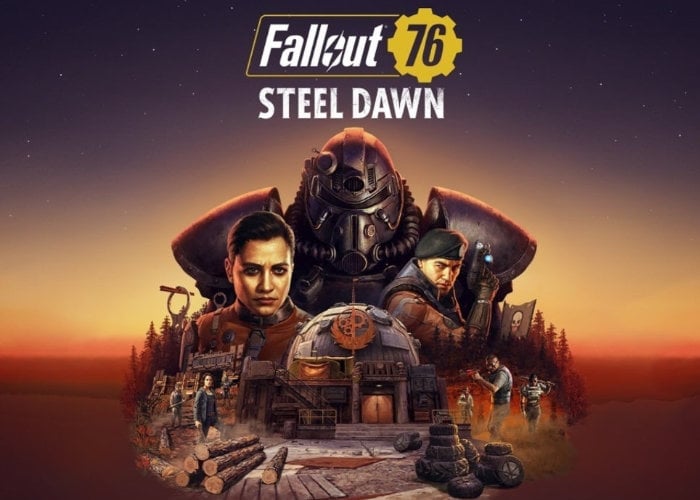 Bethesda has announced the new Fallout 76 Steel Dawn update will be available a little earlier than expected and will be arriving on December 1st 2020, Bringing with it a variety of new features, updates, tweaks and enhancements. Including : New Questline – Determine how you will aid The Brotherhood of Steel NPCs in the first chapter of their new all-new story. New Locations and Gear – Unlock unique weapons and armor from Steel Dawn and explore new locations newly populated with members of The Brotherhood and other factions. Season 3 Scoreboard – C.A.M.P. Shelters – Build and decorate in new underground, instanced spaces separate from your main C.A.M.P. Complete a new quest and get your first Shelter free starting December 1st 2020. Lite Allies – Recruit two new allies as you rank up during Season 3, who offer bonuses exclusively from your C.A.M.P.

Players will also be able to join Time Operative K.D. Inkwell in her quest for the Guild of Antiquities and rank up to unlock new rewards including C.A.M.P. Allies, Lunchboxes, and more. Beginning December 15th 2020.

“Steel Dawn is the first chapter in the new Brotherhood of Steel questline, free for Fallout 76 players. Paladin Leila Rahmani and her troops have arrived from California to establish a new Appalachian chapter. Work with or against the other Factions to achieve success. Visit settlements populated with new NPCs and unlock powerful weapons and armor from the Brotherhood arsenal. Join in their mission to rebuild society and aid in securing valuable technology – but only you can determine how it will be used. “