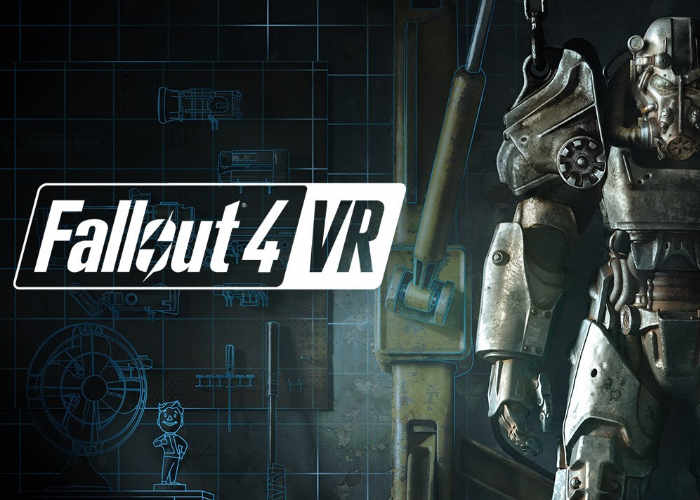 If you are considering purchasing the virtual reality version of Bethesda’s awesome Fallout 4 VR game, you may be interested in this massive five-hour gameplay video published to YouTube thanks to Rogue Shadow VR. Rogue has set up his HTC Vive system to use room scale and seems to have quite a large play area, allowing him to wander around in real life, causing the game to update his characters position relative to his position in real-life. Although Fallout 4 VR provides plenty of different virtual reality movement options to accommodate almost any environment whether it be large small or seated. Check out what you can expect when playing Fallout 4 VR on the HTC Vive.

Fallout 4, the legendary post-apocalyptic adventure from Bethesda Game Studios and winner of more than 200 ‘Best Of’ awards, including the DICE and BAFTA Game of the Year, finally comes in its entirety to VR. Fallout 4 VR includes the complete core game with all-new combat, crafting, and building systems fully reimagined for virtual reality. The freedom of exploring the wasteland comes alive like never before. As the sole survivor of Vault 111, you enter a world destroyed by nuclear war. Every second is a fight for survival, and every choice is yours. Only you can rebuild and determine the fate of the Wasteland. Welcome home.

For more details on the recently launched Fallout 4 VR game jump over to the official Steam games network where it is now available to purchase and download on PC systems equipped with HTC Vive.